It’s nearly here. After an unprecedented five years of waiting, the Olympics are BACK in just under three months. We can't wait! 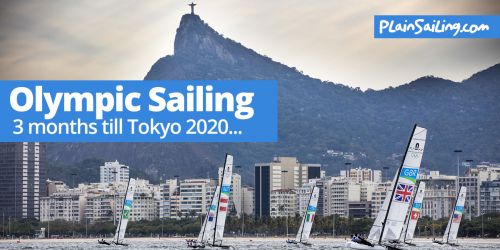 International borders aren’t yet open (more on that next week, hopefully), but that doesn’t mean that there’s a lot of sailing to look forwards to this summer. Greece and Croatia (amongst others) will undoubtedly be welcoming tourists soon, but there’s also the small matter of the Olympic Sailing events in July to get excited about.

That means live sailing on the TV, and sailors becoming celebrities for a few short months, when the whole country gets behind them. They might even make the front or back pages of the newspapers!

Although they’re part of the Tokyo Olympics 2020, the races will be in 2021 (due to the pandemic cancelling play in 2020), and they’ll be actually taking place in Fujisawa City, about 50km away from the Japanese capital – which is, incidentally, the exact same location as they were held in for the Tokyo 1964 Olympics.

As well as the change of year, there’s also going to be no foreign fans at the Tokyo games. In theory, that should give the Japanese athletes a bit of a boost, but it’s not like the Olympic sailors really notice the spectators when they are out on the water, so that hopefully shouldn’t affect the chances of Team GB in the sailing events.

How does it work? 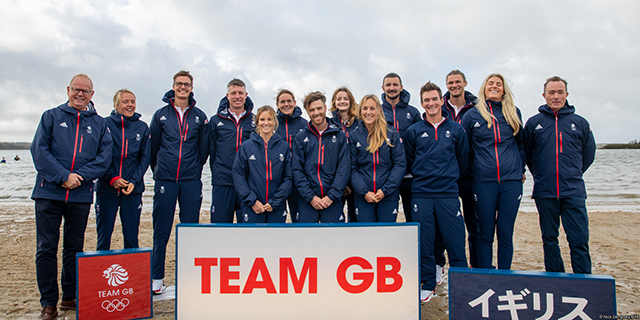 For the 2020+1 Olympics, there are ten medals up for grabs, which means ten categories of boat, ranging from windsurfing, lightweight and heavyweight solo dinghy classes, normal and high-performance two-man boats, through to a mixed two-handed foiling boat.

Each category does a series of around ten qualifying races, where the boats score one point for finishing first, two for second, three for third, and so on. Only the leading ten boats (the ten boats with the lowest aggregate score after all those races) are then entered into the ‘Medal race’, where the points are doubled (so two points for winning, four for second). The points for the medal race are added to the rest, and the person with the fewest points will be taking home the Gold medal!

When does it start?

The Great British sailing team topped the Sailing medal table in 2016, with two Gold medals and one silver. The winners of the Gold medals are all competing in 2020+1. European countries, including Croatia, the Netherlands and France, took home 6 of the available 10 gold medals there, so expect a strong performance from the European teams.

We absolutely love the Olympics, so we’re hoping to bring more Olympic news, views and opinion to you as we get closer to the Olympics. The Olympics are also an obvious next step for our leisure yacht and catamaran charter customers – we’re hoping that one day, someone who’s first experience of sailing was on a boat booked through PlainSailing.com goes on to win an Olympic event!